Turkish Food Without the Tea

Here we go with a last blog before work starts again.  Unfortunately all good things (holiday in this instance) must come to an end, however, that allows new good things to begin (that thing that I call work, so that means a day of ignoring the phone, drinking coffee and catching up with my colleagues. 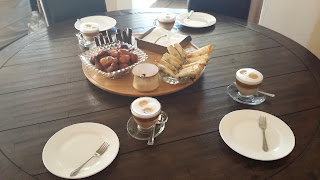 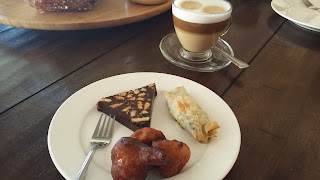 Originally, the baklava from Baklava and Gezelligheid was made to serve with the tea, but with the pot not arriving, and baklava not having a long shelf life, I decided to serve it last week.  I still had Borek and Mozaik Pasta in the freezer.  I honestly won't be posting a recipe for the Borek as it is any type of filling wrapped in Phyllo triangles, brushed with egg yolk, sprinkled with sesame seeds, and baked in the oven.  The Mozaik Pasta however I will post.   The original, and my modifications on the recipe. 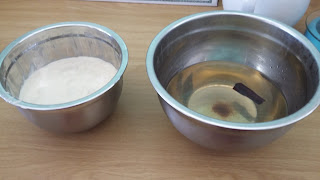 The other item I made fresh for today is Lokma.  Here is the original recipe and here is my interpretation of it.  I made the dough before leaving the house this morning, and the syrup was in the fridge, prepared earlier in the week.  I will state, when making the dough, please save yourself the hassles and just mix it in a small bowl with a whisk.  From the recipe, I thought it was one of those dough types that need to be kneaded with a dough hook. 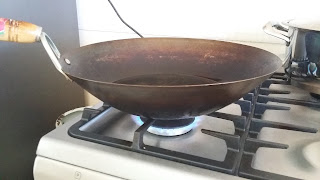 I had brilliant feedback from the guests, and with quite the spread I'm sure you can imagine why.  Even though a Cappuccino isn't exactly Turkish (yes I know it's French / Italian / Whatever whomever want's to claim they invented it) but it goes damn well down with these snacks.  And a shot of whiskey goes even better afterwards as a digestive. 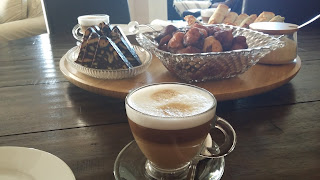